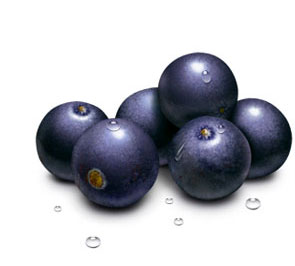 Acai Berries – The berry has been in use as a traditional staple food of Amazon river basin tribes for centuries. Acai berries contain a large number of antioxidants that help scavenge cell-damaging and cancer-causing free radicals. Acai berries possessed the highest antioxidant activity against certain types of free radicals. Acai berry extracts can kill leukemia cells when applied directly to them over a 24-hour period according to a study at University of Florida. The berries contains high concentrations of anthocyanins, a type of flavonoid that gives the fruits their distinctive, black-purple colour.

Apple – The scientific name Malus domestica. It contains good amounts of vitamin-C and beta-carotene. Vitamin C is a powerful natural antioxidant. Consumption of foods rich in vitamin C helps the body develop resistance against infectious agents and scavenge harmful, pro-inflammatory free radicals from the body. It is a good source of B-complex vitamins such as riboflavin, thiamin, and pyridoxine (vitamin B-6). Together, these vitamins help as co-factors for enzymes in metabolism as well as in various synthetic functions inside the body.

Almonds - Almonds has the most alkaline of all nuts and a great source of protein as well as monounsaturated fatty acids. Monounsaturated fat is a heart-healthy fat that increases HDL, or good, cholesterol. They are healthiest of tree nuts. Almonds rank highest in protein, calcium, fiber, riboflavin, vitamin Eand niacin content by weight.

Apricot – Apricots are an excellent source of cancer-protective vitamin A and carotenes. Consumption of fruits rich in carotenes helps protect the body from lung and oral cancers.

Arugula – Arugula also known as roquette (rocket) is a rich source of phytochemicals such as indoles, thiocyanates, sulforaphane, and isothiocyanates. These nutrients have been found to counter the carcinogenic effects of estrogen and thus help protect against prostate, ovarian and breast cancer.

Avocado – Rich in healthy, satisfying fats proven in one study to lower cholesterol by about 22 percent. One has more than half the fiber and 40 percent of the folate you need daily, which may reduce your risk of heart disease. Avocado is in the list of the 10 Healthiest Foods on the Planet. 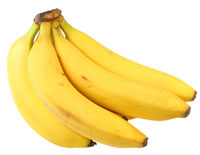 Banana – The high content of iron in bananas increases the production of hemoglobin in the blood. Therefore they are very good for anemia. Bananas are exceedingly good for students as the rich source of potassium can make a person very alert; the fruit is often called a brain tonic. When you suffer from a hangover – a banana milkshake with honey can give you immense relief. Cold milk soothes the stomach lining and bananas with honey build up depleted blood sugar levels.

Bananas work well as a snack for people who have high blood pressure as they are wholesome with low salt levels. For those suffering from depression, bananas are good as they contain a protein called serotonin – which is also called the ‘happy hormone’ as it makes one feel happy and relaxed. They can be eaten frequently to treat ulcers as they neutralize acidity in the stomach. This soft and smooth fruit cannot irritate the stomach walls. For pregnant women suffering from morning sickness, eating bananas in between meals helps immensely in settling the queasiness in the stomach.

Eating bananas helps people give up smoking as this fruit is rich in vitamin C, A, B6 and B12. Bananas contain potassium and magnesium as well, which help the body recover from nicotine withdrawal. Bananas have an antacid effect, so people who experience heartburn find relief on eating a banana. Potassium is a vital mineral which normalizes heartbeat while regulating the body’s water balance. As banana is a rich source of potassium, it re-balances disturbances of fluids in the body.

For weight watchers, banana is an excellent snack in place of crisps and chocolates. Research found that food craving during high pressure work could be assuaged safely and in a healthy manner by eating a banana every 2-3 hourly as it is a high carbohydrate food that controls blood sugar levels. Topically, the peel of a banana – with the yellow side on top can be taped to a warts. It will shrivel and fall off. The peel of a banana fruit can be rubbed on a mosquito bite with good effect, the stinging sensation stops and the swelling also reduces. A ripe banana mashed and applied on the face is great at moisturizing and nourishing tired and dry skin.

Beans – Eating a serving of legumes (beans, peas, and lentils) four times a week can lower your risk of heart disease by 22 percent. Beans is in the list of the 10 Healthiest Foods on the Planet. 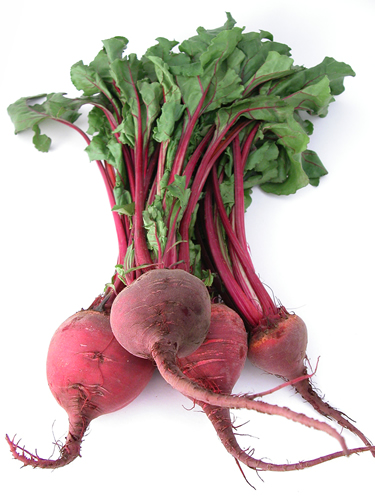 Beet Roots – Beet Root is one of my favourite vegetable. I have them almost everyday in my smoothie. They add colour to my smoothie beside the delicious sweet and earthy flavour. Yummy.

In ancient, prehistoric time beet roots were grown naturally along coastlines in North Africa, Asia, and Europe. It was the beet greens that were consumed those days. The sweet red beet root wasn’t cultivated until the era of ancient Rome.

Beets are high in betalain, an antioxidant that gives this vegetable its deep crimson hue. Beets contain folic acid. Another anti-tumor effect of beet root is its ability to regenerate red blood corpuscles, improving anemia and oxygenating the blood. Beets are also considered to be among the best cleansing foods, helping to detoxify the kidneys, liver and lymph system.

Black Pepper – Pepper is usually dried (known as peppercorn when dried) and used as a spice and seasoning. Black pepper is useful in relieving flatulence. Pepper has a stimulating effect on the digestive organs and produces an increased flow of saliva and gastric juices. Powdered black pepper, thoroughly mixed with malted jaggery (gur), may be taken in the treatment of such conditions. Alternatively, a quarter teaspoon of pepper powder mixed in thin buttermilk can be taken during indigestion.

Broccoli – One medium stalk of broccoli contains more than 100 percent of your daily vitamin K requirement and almost 200 percent of your recommended daily dose of vitamin C — two essential bone-building nutrient. Broccoli is in the list of the 10 Healthiest Foods on the Planet.

Cabbage – Cabbage is rich in anti-oxidant vitamins and a compound called indole-3-carbinol, which is thought to both inhibit and cleanse carcinogens, thus making cabbage a potent detoxification food. Low in calories and high in dietary fiber, cabbage is also an excellent healthy choice for those on a diet to lose or maintain weight. 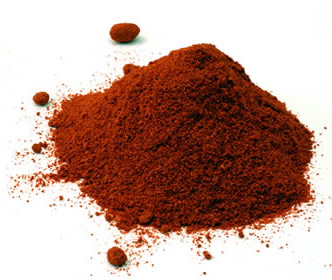 Cayenne – Capsaicin, the oily compound in cayenne and its peppery cousins, is the active ingredient in many prescription and over-the-counter creams, ointments, and patches for arthritis and muscle pain. It’s also used for treating shingles pain and diabetes-related nerve pain. Cayenne is thought to act as an anti-inflammatory and antioxidant. It’s also a metabolism booster, speeding up your calorie-burning furnace for a couple of hours after eating. Studies find that it also has some anticancer properties, and researchers are exploring its potential as a cancer treatment. In at least one study, published in the American Journal of Clinical Nutrition, researchers found that people with diabetes who ate a meal containing liberal amounts of chile pepper required less post-meal insulin to reduce their blood sugar, suggesting the spice may have anti-diabetes benefits.

Cinamon – Cinnamon is one of the most powerful healing spices, and has become most famous for its ability to improve blood sugar control in people with diabetes. As little as 1/4 to 1/2 teaspoon a day could cut triglycerides and total cholesterol levels by 12 to 30 percent. Cinnamon can even help prevent blood clots, making it especially heart smart. Like many other spices, cinnamon has antibacterial and anti-inflammatory properties. Cinnamon is also rich in natural compounds called polyphenols. Research suggests that these compounds may act like insulin in our body to help regulate blood sugar levels. It’s been shown to conquer E. coli, among other types of bacteria. Researchers have even discovered recently that it’s rich in antioxidants called polyphenols—another reason it’s good for your heart. It’s also high in fiber and can reduce heartburn in some people.

Cocoa – Cocoa powder is rich in flavonoids, antioxidants shown to reduce “bad” LDL cholesterol and increase “good” HDL levels. Cocoa is in the list of the 10 Healthiest Foods on the Planet. 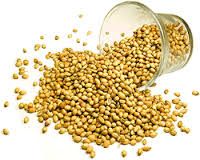 Coriander – Coriander seeds yield cilantro, also known as Chinese parsley, a staple herb in Mexican, Thai, Vietnamese, and Indian cooking. The herb can be helpful for some people with digestive disorders, such as indigestion, irritable bowel syndrome, as it calms intestinal spasms that can lead to diarrhea. Traditionally the Indians used it to cure nausea and typhoid fever. It is a good diuretic and stimulates the kidney. It can be prepared by boiling dry seeds of coriander and drinking of its juices.
Its essential oil appears to fight bacteria, including E. coli and salmonella. It’s also being studied for its potential cholesterol-reducing benefits and has been shown to lower cholesterol in animals. Like many other herbs, this one acts as an antioxidant. According to one study, cilantro leaves provide the most antioxidant punch.

Cloves – Cloves contain an anti-inflammatory chemical called eugenol. In recent studies, this chemical inhibited COX-2, a protein that spurs inflammation (the same protein that so-called COX-2 inhibitor drugs such as Celebrex quash). Cloves also ranked very high in antioxidant properties in one study. The combination of anti-inflammatory and antioxidant properties spells heaps of health benefits, from boosting protection from heart disease to helping stave off cancer, as well as slowing the cartilage and bone damage caused by arthritis. Compounds in cloves, like those found in cinnamon, also appear to improve insulin function.
It is also know for curing toothache. Put a couple of whole cloves in your mouth. Let them soften a bit, then bite on them gently with good molars to release their oil. Then move them next to the painful tooth and keep them there for up to half an hour. Clove oil has a numbing effect in addition to bacteria-fighting powers. In test tubes, cloves also killed certain bacteria that were resistant to antibiotics.

Cumin – Cumin and Carom seeds are both used for cooking and also possess many medicinal properties. They are a good source of iron and keeps immune system healthy. Water boiled with cumin seeds is good for coping with dysentery. Cumin (also known as Caraway) oil is specially used to remove flatulence.