I shared in my last few sessions a breathing technique called Diaphragmatic Breathing or Deep Breathing. Here are some of the benefits which I said I would share to all who attended the sessions.  By publishing on the web I thought many more would benefit from it.

Scientists discovered what God already demonstrated in the beginning of mankind. We read in Genesis how God formed man from the dust by breathing into his nostril the breath of life.Then the LORD God formed a man from the dust of the ground and breathed into his nostrils the breath of life, and the man became a living being (Genesis 2:7). Job said, “The Spirit of God has made me, and the breath of the Almighty gives me life” (Job 33:4). In the New Testament we Jesus breathed on His disciples to receive the Holy Spirit. And with that he breathed on them and said, “Receive the Holy Spirit…” (John 20:22).

The below is an extract from Laurette’s article on ‘Breathing—Escape the Shallows’. Some of the benefits of abdominal breathing include:

• increased energy
• reduced mental and physical fatigue
• possible relief from long-term respiratory difficulties such as asthma and bronchitis
• elimination of toxins
• improved blood circulation
• increased supply of oxygen and nutrients to cells throughout the body
• increased oxygen to the brain aiding relaxation and mental clarity
• increased endurance
• clearer, more radiant complexion
• sound sleep (whenever I’ve had trouble sleeping, gentle deep breathing has helped my body relax, allowing me to fall right off to sleep)
• relief from tension
• since shallow breathers are more prone to depression, deep breathing can offer relief
• some studies show deep breathing helps relieve menopause-related hot flashes
• during stretching postures (like PraiseMoves) deep breathing helps to gently stretch connective tissue, thus increasing flexibility; postures are held for three to five breaths with each breath taking approximately ten seconds each
• if recovering from an illness or injury, diaphragmatic breathing can partially compensate for lack of exercise
• control: instead of that unplanned snack.

Eating right, exercise and taking control of the flesh are all ways we discipline the body. Helping the body relax and operate more efficiently also takes discipline.  The apostle Paul said, “But I discipline my body and bring it into subjection, lest, when I have preached to others, I myself should be come disqualified” (1 Corinthians 9:27).

Below is an interesting video I found on YouTube on how the lung works. It is a short explanation with animation taking us into the lungs to investigate how they help keep us alive. When we breathe, we transport oxygen to the body’s cells to keep them working, while also clearing our system of the carbon dioxide that this work generates. Deep breathing will help to transport the oxygen we breathe in to the lowest part of the lung.

These recipes are for people who are not eating enough for dietary intake. They should be made in a clean kitchen and stored in the refrigerator for up to 24 hours. The recipes are for one serving unless indicate otherwise. They are best taken between meals.

Pour whole milk into a jug. Slowly add the milkshake powder and skimmed milk powder into the jug. Whisk it with a manual hand-held or electric blender.

Add your own flavouring using different milkshake powder. Use only milk shake powder that is enriched with minerals and vitamins.

I received a digital calendar from The Health Science Academy* recently with some interesting facts on each month. I can’t help but to share them with my readers. Here it goes…

1. Exposure to cold temperatures can burn off 300 to 500 extra calories a day.

4. 30 minutes of bright morning light reduces your weight gain risk by up to 20%

7. Drinking 2 liters of water a day can raise your energy expenditure by 400 calories.

8. Eating 7 portions of fruit and vegetables a day reduces your mortality risk by 42%

9. Music can increase endurance by 15% and lower your perceived effort rate by 12%

11. Your moving muscles pump fresh oxygen in the brain and trigger feel-good chemicals.

12. Immersing yourself in deep reading 6 minutes a day can reduce stress by 68%

* The Health Science Academy is an education online training provider, which focuses on science-based courses, from Sports and Exercise Nutrition, to Clinical Weight Loss, to Advanced Supplements

Walnuts -These nuts are rich in immune-boosting omega-3 fatty acids and anti-inflammatory compounds, which may help reduce cholesterol, of all nuts. In animal studies published in the journal Nutrition and Cancer, the human equivalent of just two handfuls of walnuts a day reduce breast cancer risk in half and slowed tumor growth by 50 percent. They may protect against sun damage, too (but don’t skip the SPF!). Walnuts is in the list of the 10 Healthiest Foods on the Planet.

Yam - Yams are a bit like potatoes. Its flesh can be white, yellow or even purple. They are grown in hot countries like the Caribbeans,  Africa and South East Asia. 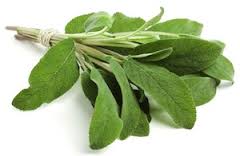 Sage – The herb is a known memory enhancer and has been shown in some lab studies to protect the brain against certain processes that lead to Alzheimer’s disease. In at least one human study, a sage-oil concoction improved the mood of participants, increasing their alertness, calmness, and contentedness. In a British study, healthy young adults performed better on word recall tests after taking sage-oil capsules. Like so many other herbs and spices, sage has anti-inflammatory and antioxidant properties as well as anticancer actions. Today sage shows potential as a diabetes treatment. It appears to boost the action of insulin and reduce blood sugar. As a result, sage is sometimes called nature’s metformin since it performs like the common antidiabetes drug. Some researchers have already suggested that sage supplements may help prevent type 2 diabetes. (Source from Rider’s Digest)

Salmon –  A great source of omega-3 fatty acids, which have been linked to a reduced risk of depression, heart disease, and cancer. A 3-ounce serving contains almost 50 percent of your daily dose of niacin, which may protect against Alzheimer’s disease and memory loss. Salmon is in the list of the 10 Healthiest Foods on the Planet.

Spinach – Spinach contains lutein and zeaxanthin, two immune-boosting antioxidants important for eye health. Recent research found that among cancer-fighting fruits and veggies, spinach is one of the most effective. Spinach is in the list of the 10 Healthiest Foods on the Planet. 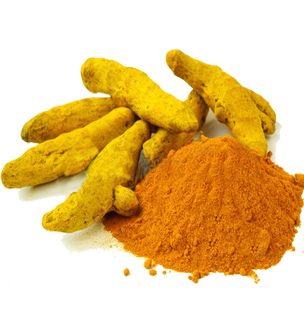 Tumeric – The spice that gives curry powder its yellow hue, is used in Indian medicine to stimulate the appetite and as a digestive aid. It’s also known as holy powder in India – used on burns, as a sun cream, beauty treatments and treatments of echini. Lab studies show turmeric helps stop the growth and spread of cancer cells that do form. Research suggests that it may protect against colon cancer as well as melanoma, the deadliest form of skin cancer. Researchers at Rutgers University in New Jersey are investigating a combination of curcumin and phenethyl isothiocyanate (the anticancer compound in cruciferous vegetables) as a possible treatment for prostate cancer. Studies have also linked turmeric to reduced inflammation in a number of conditions, including psoriasis. In animal studies, curcumin decreased the formation of amyloid, the stuff that makes up the brain deposits characteristic in people with Alzheimer’s disease.

Thyme  – Thyme is known for its culinary benefits, but it has been recognized as a medicine since the Middle Ages. In the ancient Egypt, Thyme was used for embalming. Thyme contains thymol, one of the important essential oils. Thymol has been found scientifically to have antiseptic, and anti-fungal characteristics. The other volatile oils in thyme include carvacolo, borneol, and geraniol. Rich in Vitamin A that is a fat-soluble vitamin and an antioxidant essential for healthy mucus membranes and skin, thyme promotes healthy vision. Thyme contains antiseptic and antibiotic properties that make it a great remedy when you have a cold, cough or sore throat. According to a study, the herb is known to treat bronchitis and coughs. A cup of thyme tea is recommended for those with cold. Thyme is also known to cure acne, prevents hair loss, controls blood pressure levels, Improves bone health and aids digestion. 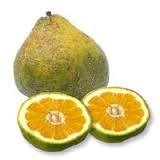 Ugli Fruit – Sometimes called uniq or unique fruit. It is a hybrid citrus fruit, combining the healthy antioxidant benefits of grapefruit, Seville orange and tangerine. Ugli fruit is also high in fiber and vitamin C, which helps boost immunity and prevent cancer. It contains similar nutrients to other citrus fruits with one important difference: Furanocoumarins. Furanocoumarins are generally found in grapefruit (and which many doctors believe may interfere with some medications). They do not appear in the ugli fruit, thereby providing the benefits of citrus while avoiding potential drug interactive properties known to occur with grapefruit.