Garlic – Garlic is a powerful disease fighter that can inhibit the growth of bacteria, including E. coli. High blood pressure, headache prevention, cold and flu and powerful antibiotic. Cardiovascular benefits, anti-cancer treatments. It acts as a powerful antibiotic, including salmonella and staphylococcus. Garlic also destroys viral infections such as chicken pox, measles, mumps, scarlet fever, and is a good aphrodisiac. When eaten daily, garlic can help lower heart disease risk by as much as 76 percent: it moderately reduces cholesterol levels (between 5 and 10 percent in some studies), thins the blood and thereby staves off dangerous clots, and acts as an antioxidant. Garlic’s sulfur compounds also appear to ward off cancer, especially stomach and colorectal cancer. Garlic is in the list of the 10 Healthiest Foods on the Planet.

Ginger – Ginger is well known for its ability to quell a quesy stomach, especially from motion sickness or morning sickness. It also cure stomach ache, colic, spasms, diarrhoea, flatulence and other stomach and bowel related problems. It is used in hair loss and in controlling dandruff. Several studies have found that ginger (and turmeric) reduces pain and swelling in people with arthritis. And because it reduces inflammation, it may also play a role in preventing and slowing the growth of cancer.

Goji berries – Goji berries have the highest concentration of protein of any fruit, containing 19 amino acids, including all eight essential amino acids.

Grapefruit – Especially the red grapefruit, is a good source of vitamin C. It also has important phytochemicals like naringenin and other flavonoids, limonin and other limonoids, beta-carotene, lycopene and other carotenoids, all of which may have health-protective effects.

Halibut – Halibut is one of the best sources of selenium, a powerful cancer-fighting anti-oxidant. More than 90 percent of the daily quota of this immune-boosting mineral is provided in just four ounces of halibut. 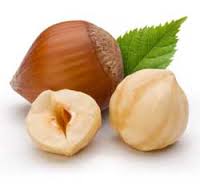 Hazelnuts – Hazelnuts, also known as filberts, may help fight cancer. They have high amounts of powerful antioxidant known as proantho-cyanidin. Studies have also found that the alpha-tocopherol type of vitamin E plentiful in hazelnuts may cut the risk of bladder cancer in half. Additionally, the manganese so abundant in hazelnuts is a constituent of an antioxidant enzyme produced in cell mitochondria to protect the body from cancer. Portland University researchers found that the nuts contain the chemical paclitaxel, which is the active ingredient in Taxol, a drug used to treat ovarian, breast, and non-small cell lung cancer and Kaposi’s sarcoma.

Holy Basil – A member of the mint family. It is also known as hot basil, pepper basil, or tulsi. They are not to be confused with sweet or Mediterranean basil, although they are closely related culinary herbs. Holy basil, used in Asia as part of the Ayurvedic healing tradition, is a medically proven antioxidant which fights against cancer.

Horseradish – Horseradish contains significant amounts of cancer-fighting   glucosinolates, which increase the liver’s ability to detoxify carcinogens and may suppress the growth of tumors. Although other cruciferous vegetables also contain these compounds, horseradish has up to 10 times more glucosinolates than broccoli.

[…] Studies have found that the alpha-tocopherol type of vitamin E hazelnuts are so rich in may cut the risk of bladder cancer in half. Additionally, the manganese so abundant in hazelnuts goes a long way in protecting the body from […]

Interesting comment. Hazelnuts are particularly high in two minerals: manganese and copper. Copper is needed for iron absorption and manganese is necessary for bone formation.